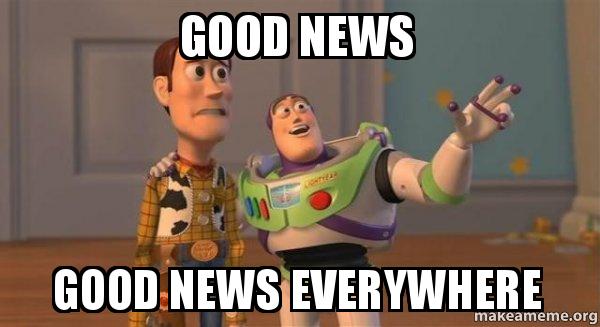 One of the biggest mistakes in PR? Taking a positive crisis for granted.

Crisis preparedness is a necessity for every PR lead–whether you work for a company, trade association, membership organization or nonprofit. And, it makes no difference whether your organization is big or small. If you don’t have a crisis PR plan, stop, and read this post first. And if you haven’t thought about a social or digital crisis since crafting your crisis communications plan, then read this post before going any further.

Now that we’re all caught up, let’s talk about the most overlooked of all the types of PR crises: the positive crisis. What’s that you say? A positive crisis? You made that up! Unfortunately, I didn’t.

A positive crisis occurs when something truly wonderful yet totally unexpected happens, and the PR, social and digital teams are wholly unprepared to capitalize on the success.

In 2010, our client the Stuttering Foundation faced a tsunami of calls from reporters when the acclaimed film, The King’s Speech, hit the big screen. Everyone wanted to know about stuttering: its cause, its treatment, and how authentic the portrayal of King George VI by Colin Firth and therapist Lionel Logue by Geoffrey Rush matched the real-life interactions of a man who stutters with his speech language pathologist. And they called the Stuttering Foundation for their expert opinion. This was our chance to shine in the spotlight, and we knew it.

Thankfully, we had a plan that sustained the film’s successful run through all the red carpets and golden awards, resulting in thousands of media placements from across the globe. And the awareness, followers and donations followed—happy client!

So imagine your digital and social teams create an idea as fantastic as the ALS Bucket Challenge – and it becomes an overnight, viral sensation. Are you prepared to stoke the flames and turn your success into a once-in-a-lifetime shot at public relations glory?

Will you maximize your exposure like Oreo did during the Super Bowl XLVII?

Or, will you let the opportunity pass you by because your team isn’t nimble or cannot recognize a golden opportunity when it presents itself, as the Twitterati believe happened to Red Lobster during the release of Beyonce’s single “Formation”:

While every crisis–good or bad–may be impossible to foresee, creating a nimble, empowered crisis response organization with a clear, efficient approval process is mandatory. The best brands know that lightning strikes ever so rarely–they must be prepared. And practice. And retool and refine. And practice again.

Crisis preparation is different for every organization, as are the potential positive crises. With the proper guidance, virtually any team can become adept at planning for a crisis, both negative and positive.